The sections below contain references to the Cranfield toilet project within the local, national and global media.

Clean fresh water is scarce throughout much of the world with as many as 2.1 billion people lacking safe drinking water at home. And climate change is adding to the stress. These innovations could help.

These new toilets could solve a global problem - National Geographic

A TOILET IS like a "super vaccine," says Doulaye Kone of the Bill & Melinda Gates Foundation.

Since the second half of the nineteenth century, humans have been enjoying the toilet more or less in the form as we know it today.

People are dying worldwide because they lack something most in developed countries take completely for granted.

Hi-tech loos that use little or no water and can recycle waste products safely and sustainably promise to give billions of people around the world access to much-needed sanitation. So why do so many still lack this basic amenity?

What is World Toilet Day and why is it important?

Can you imagine life without having access to a toilet? World Toilet Day may seem trivial to many but 4.5 billion people around the globe lack access to a safe toilet. The UN has called for this to change by 2030 as part of its Sustainable Development Goals.

Public toilets : a major issue of cleanliness in major cities

The world Day of toilets on 19 November highlights the public health challenge in developing countries. In our cities, it becomes a challenge to ecological and economic addressed by researchers and start-ups.

Others generate their own power, like the Cranfield nanomembrane toilet. Opening or closing its lid moves a screw that separates liquids from solids.

World Toilet Day 2018: These 6 toilets could change the world

Another toilet from Cranfield University in the UK comes equipped with a little trap-door odour barrier and scraper so that it requires no water for flushing.

Flush With Ideas: Bill Gates Pursues the Toilet of the Future; Bill Gates once had the bold idea to design software for the personal computer. Now his foundation is out to shake up the sanitation system through off-the-grid toilets.

In Beijing today, Bill Gates spoke at a conference with a fantastic name: the Reinvented Toilet Expo.

Bill Gates holds up a beaker of human feces at the Reinvented Toilet Expo in Beijing on November 6, 2018.

As one of the world's richest men and most active philanthropists, Bill Gates usually has his hands full. Just not with poop.

On a stage in Beijing, Bill Gates took out a beaker of yellowish-brown fluid and put it on a nearby podium.

Nigerians think toilets are a necessary evil . Actually Nigerians don’t think about toilets, it is not a priority. So it is a bit of a surprise that toilets are so important to one of the richest men in the world.

Why Did Bill Gates Give A Talk With A Jar Of Human Poop By His Side?

It's not every day that one of the world's richest men walks on stage carrying a jar of human feces, but that's precisely what Bill Gates did in Beijing on Tuesday.

Waterless toilets and hydrogen-powered HGVs: The best green innovations of the week

Despite the fact that water and sanitation sit at the core of sustainable development, the Centres for Disease Control estimate that more than 780 million people worldwide are without access to water that is safe to bathe in or to drink.

Bill Gates spoke at a conference in Beijing today named the Reinvented Toilet Expo. Founder of Microsoft took with him a sealed jar of human feces to the expo.

In this article, Bill Gates wants to explore "new toilets in the future." Environmental sanitation is a major area of ​​concern for the Bill Gates Foundation.

Why the world deserves a better toilet

I just traveled halfway around the world to look at a toilet.

Anglian Water, Severn Trent Water, Waterwise and Cranfield University were among the UK winners of the IWA Project Innovation Awards 2018, presented last week in Tokyo. The awards comprise six categories, each recognising global excellence in a distinct aspect of water innovation – from breakthroughs in research to innovations in governance.

London: International Water Association has issued the following press release: At the 2018 IWA World Water Congress & Exhibition, the water sector celebrated innovation and vision in the industry with a gala ceremony for the 18 winners of the six categories of the IWA Project Innovation Awards.

With 71 years of history in bridging science and technology with other sectors, the International Water Association is committed to recognizing the special contributions and achievements of its members and water sector professionals.

You can hear Dr Engineer's inteview from 2hrs 27mins

More than Half the Earth’s Population Lacks Basic Sanitation

The Nano Membrane Toilet was featured in Issue 105 of the magazine “How it Works”.

Is this waterless toilet a clean flush for energy access?

The cruelty of climate change: Africa's poor hit the hardest, on E&T

The Toilet has been Reinvented: Now it is Waterless!

Alison was interviewed about her role in developing the Nano Membrane Toilet in Gineers Now Magazine (p.77)

Interview on W Radio in Colombia

The Nano Membrane Toilet was one of the projects for which Cranfield was awarded the Queen’s Anniversary Prize.

From waterworld.com
"Cranfield a clear winner with its world-class water project", From The Times.
From waterbriefing.org
From Water & Wastewater International

On Facebook a number of high-profile pages shared the story, most notably a popular science page, where the post has over 36,000 likes, over 11,000 IFLS-nano-membrane-toiletshares and over 1,400 comments

The description in the article is inaccurate, but we were delighted that our toilet featured in this series

The Nano Membrane Toilet was featured in a piece entitled "the National Blockage" about sanitation in India in the "Dirty Furniture" Magazine in October 2016.

On August 16th 2015 Alison Parker was interviewed on BBC Radio Cambridgeshire as part of a "Naked Scientists" live episode about disgust. It’s now available as a podcast, and will later be broadcast on BBC Radio 5 Live and on other stations throughout the world including the ABC (Australia), Primedia (South Africa), Talk Radio Europe and Radio New Zealand.

The Nano Membrane Toilet featured on a Tech Show documentary about water aired on 24th November in Farsi.

Global Innovation Magazine interviewed our designer Ross Tierney about how he went from designing cookstoves in Tanzania to toilets in Ghana. October 2014

The Big Issue featured the Nano Membrane Toilet in their September 22nd-28th edition, as part of their "This idea will change the world" feature.

The Guardian used a photo of the Nano Membrane Toilet to illustrate its article about resources from human waste, 7th June 2014 The description in the article is inaccurate, but we were delighted that our toilet featured in this series

The Nano Membrane Team recently visited Clean Team in Ghana, who have featured the visit on their Flickr site 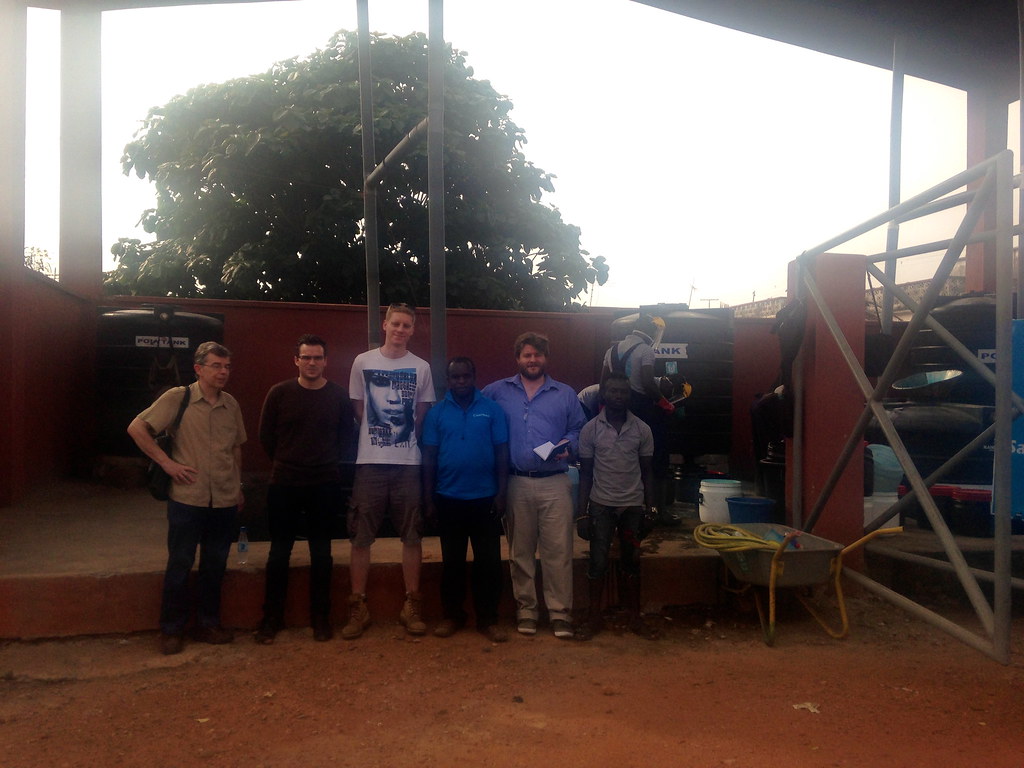 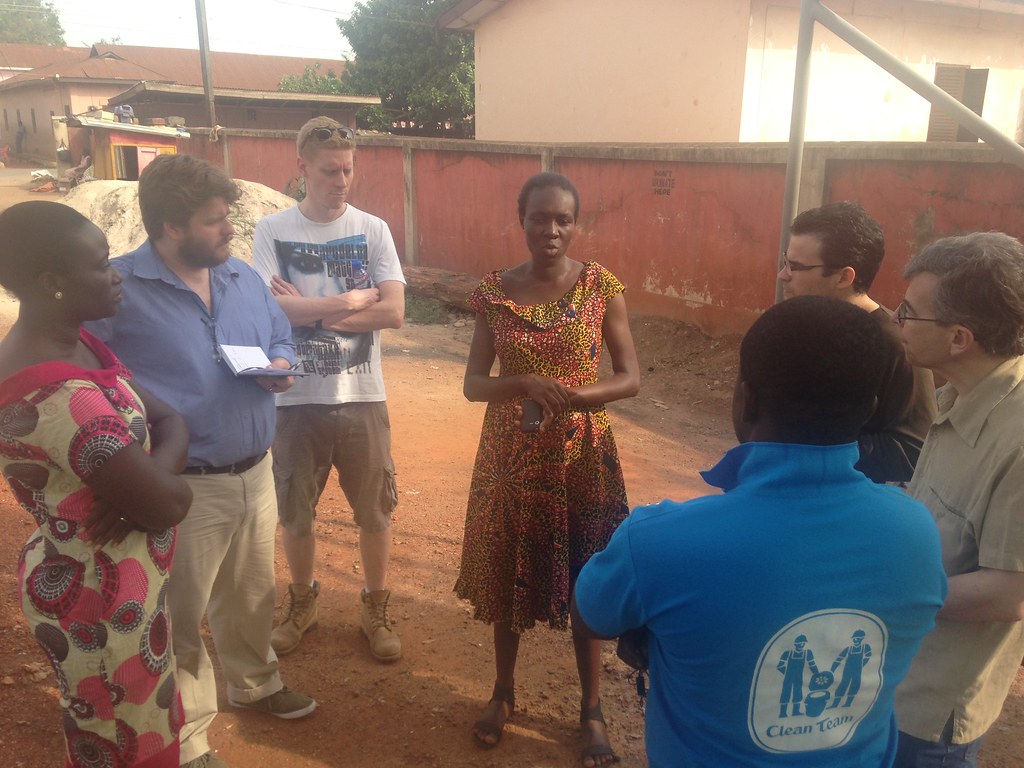 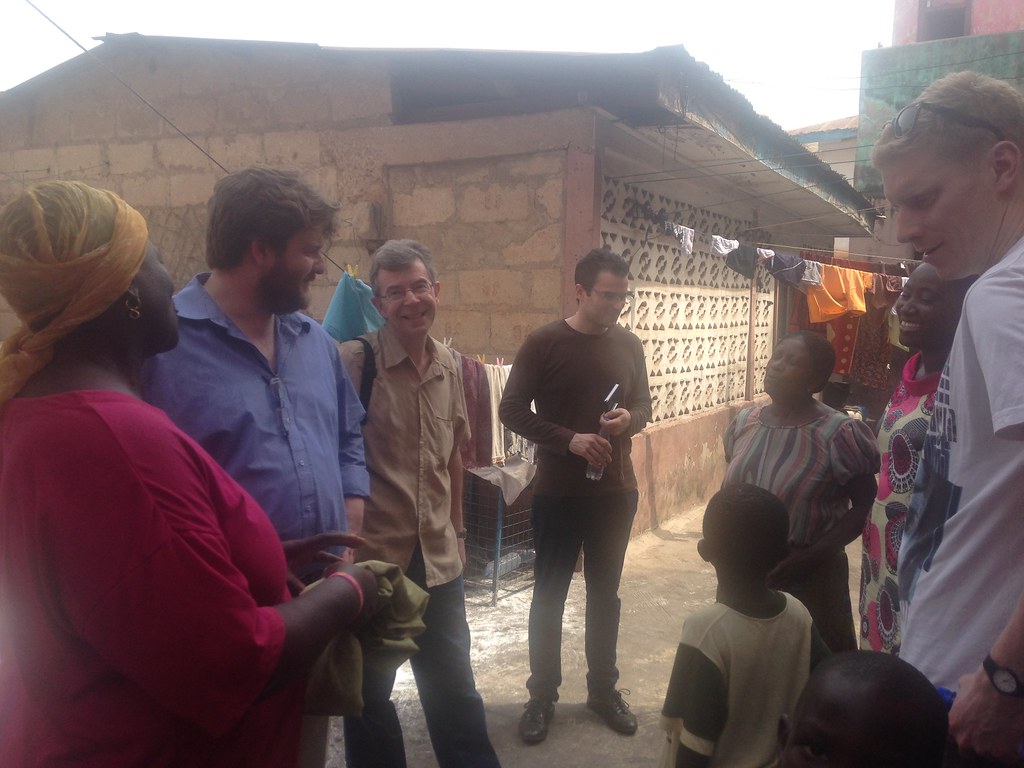 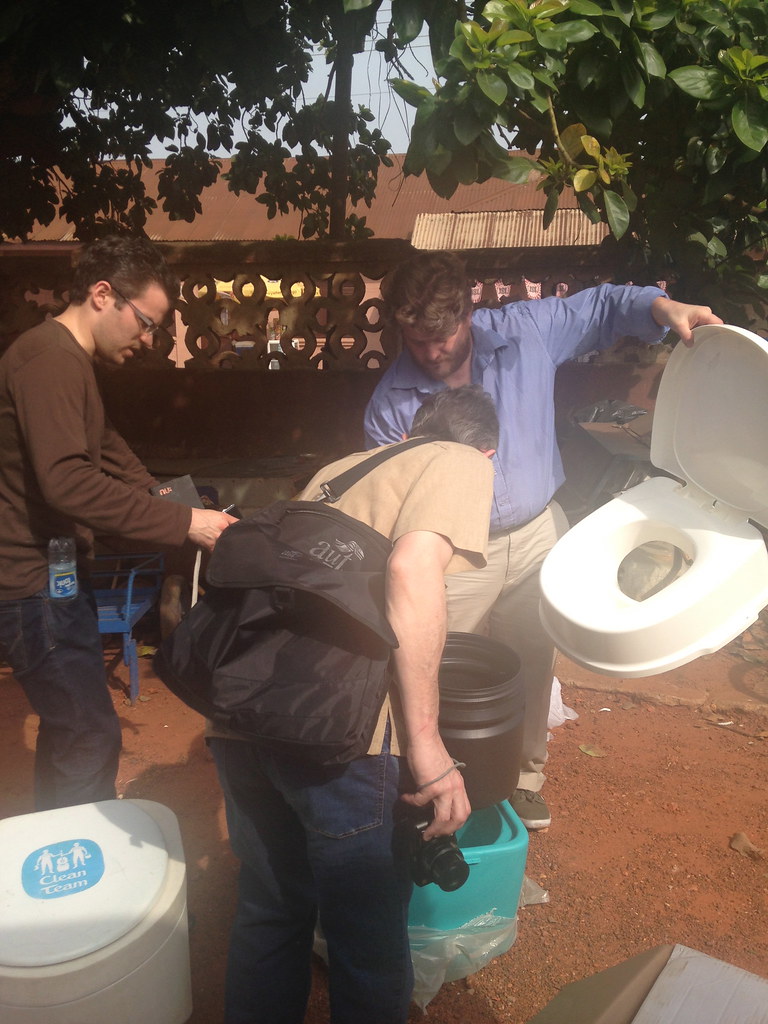 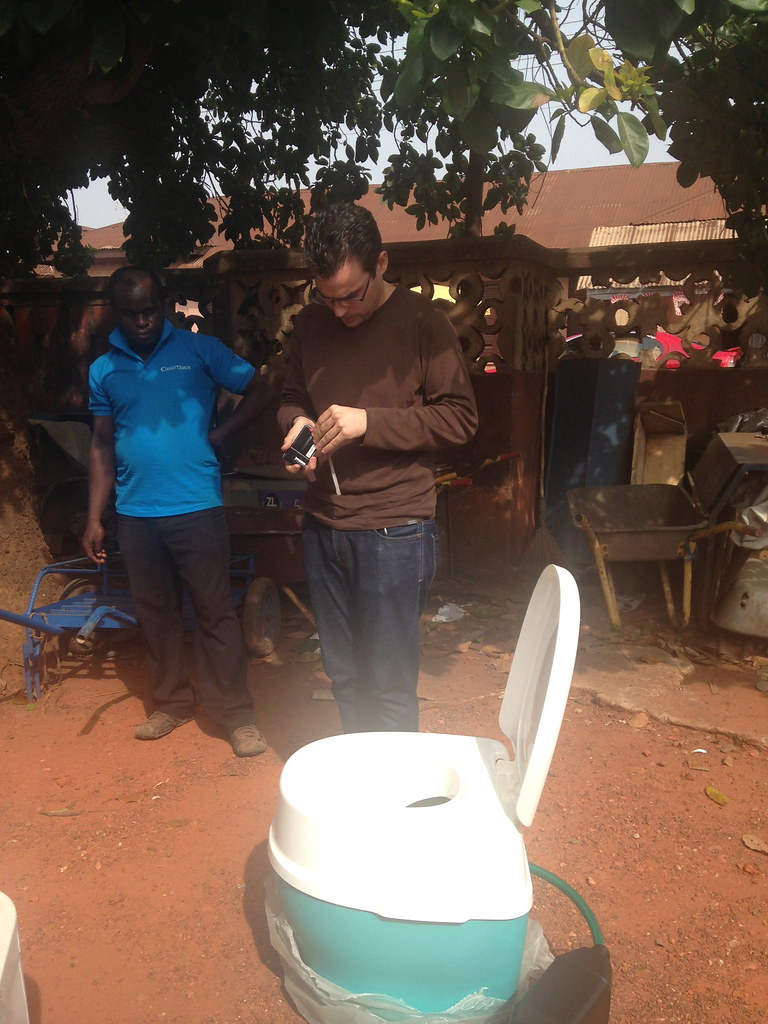 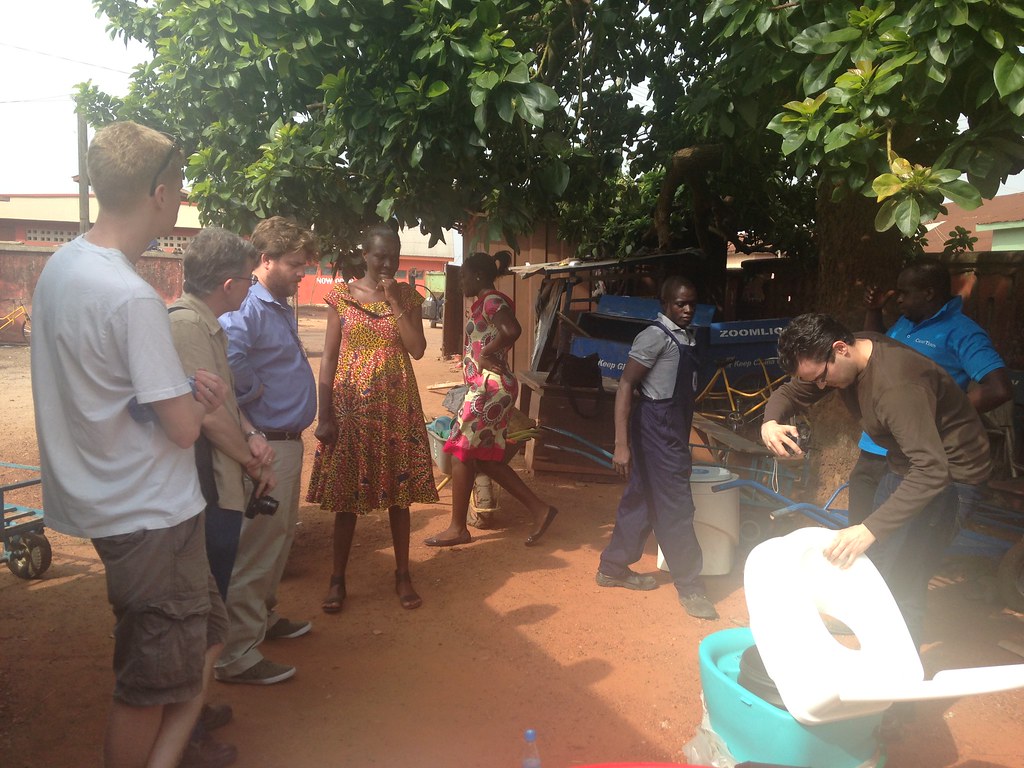 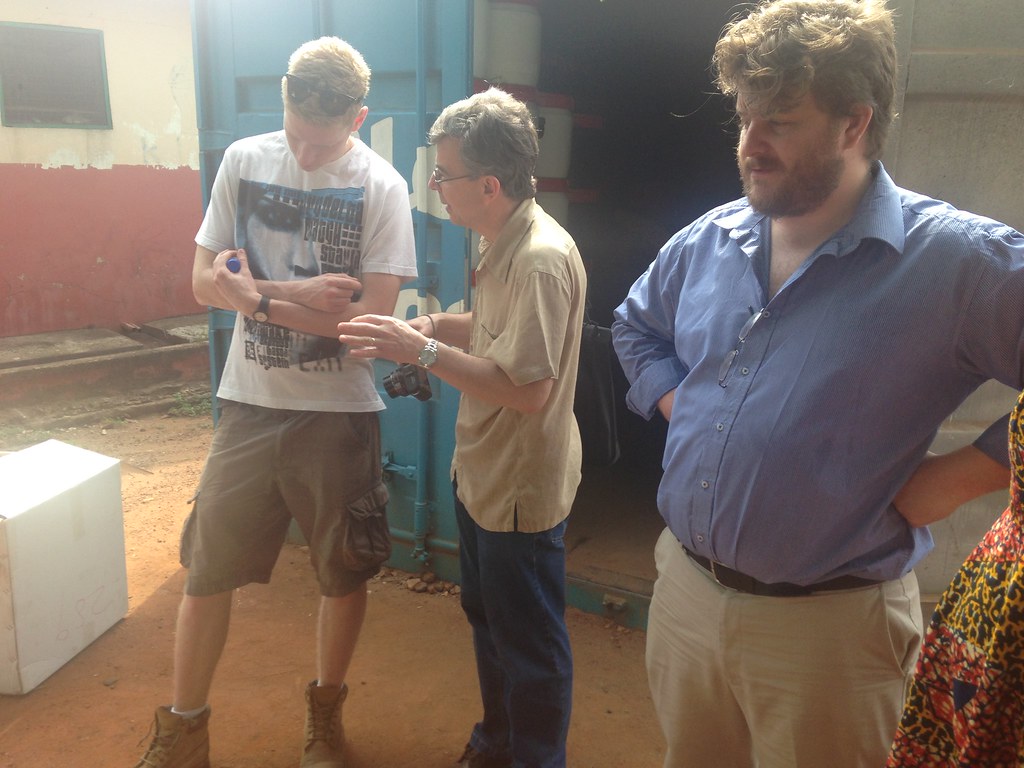 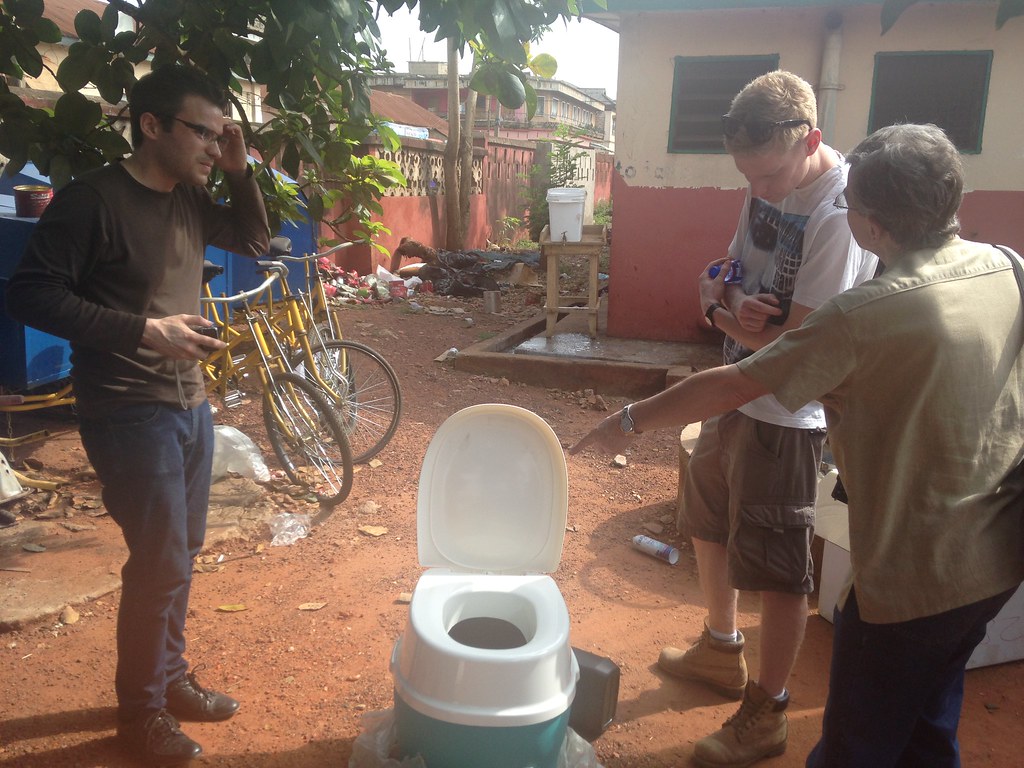 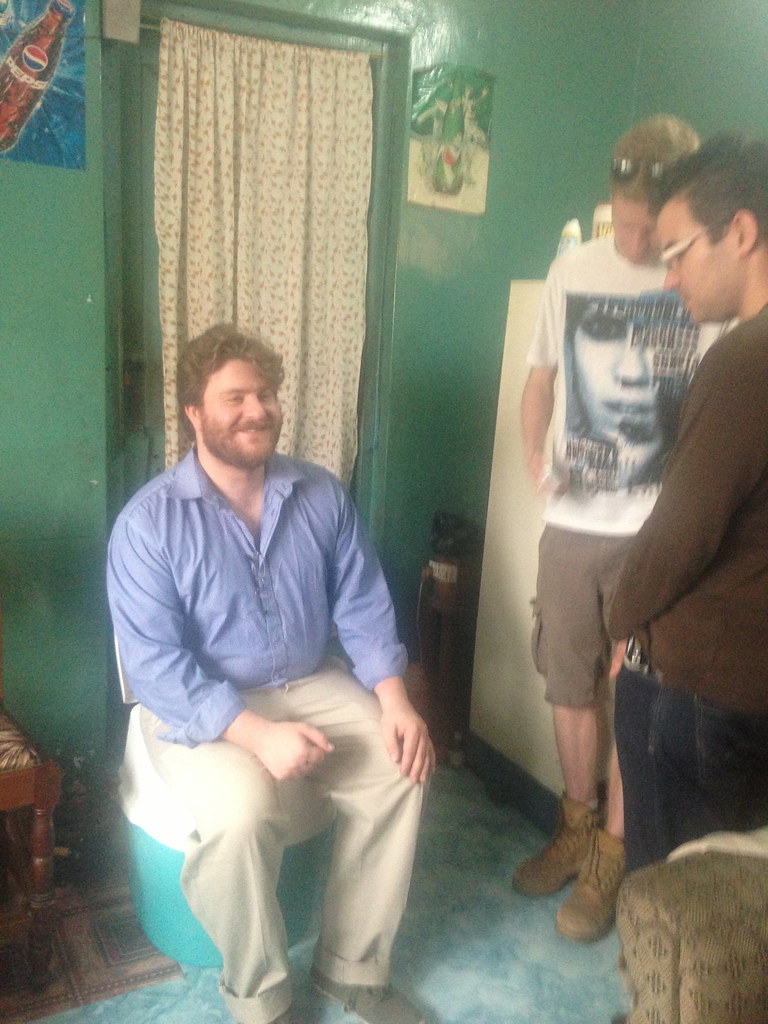 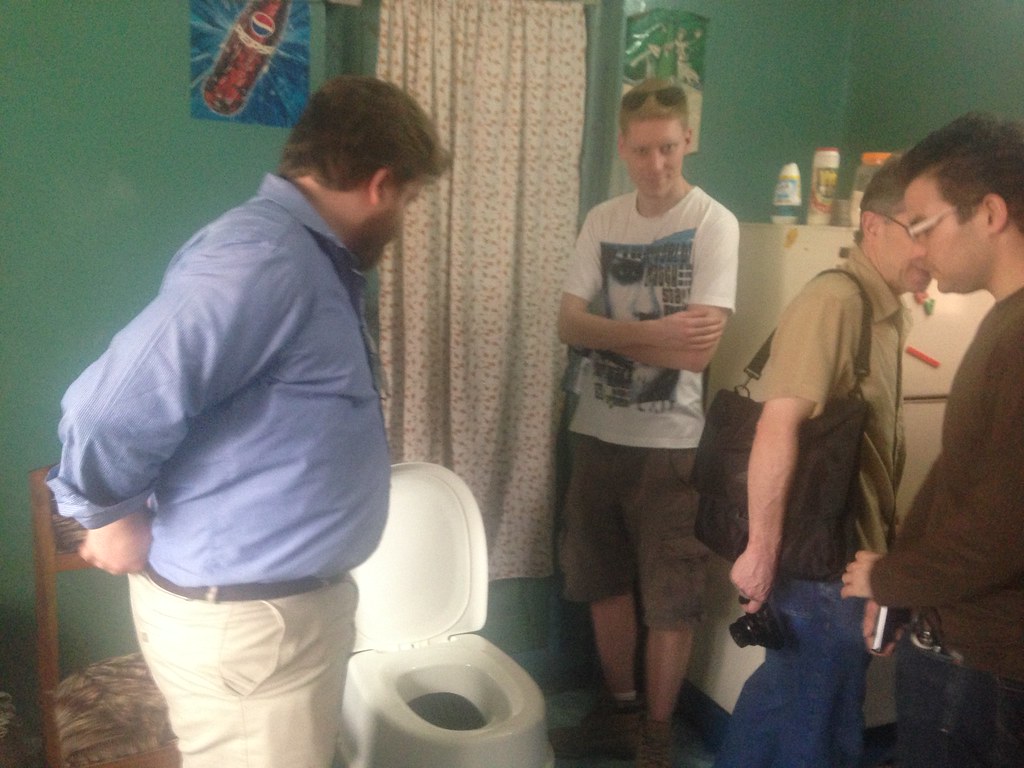 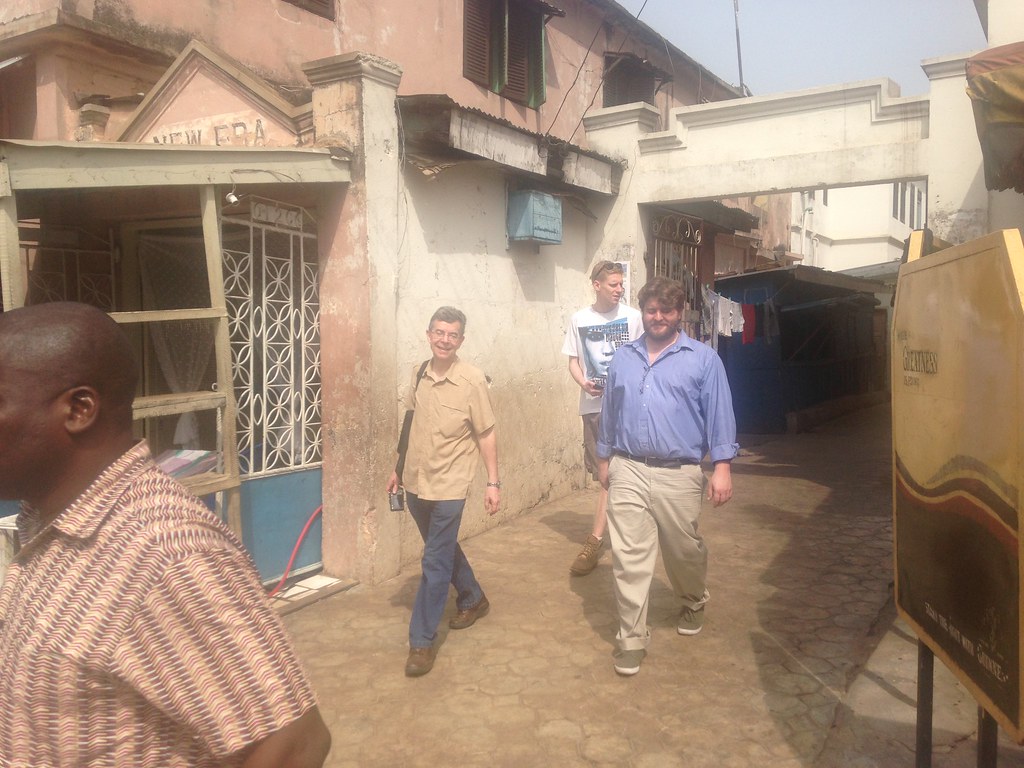 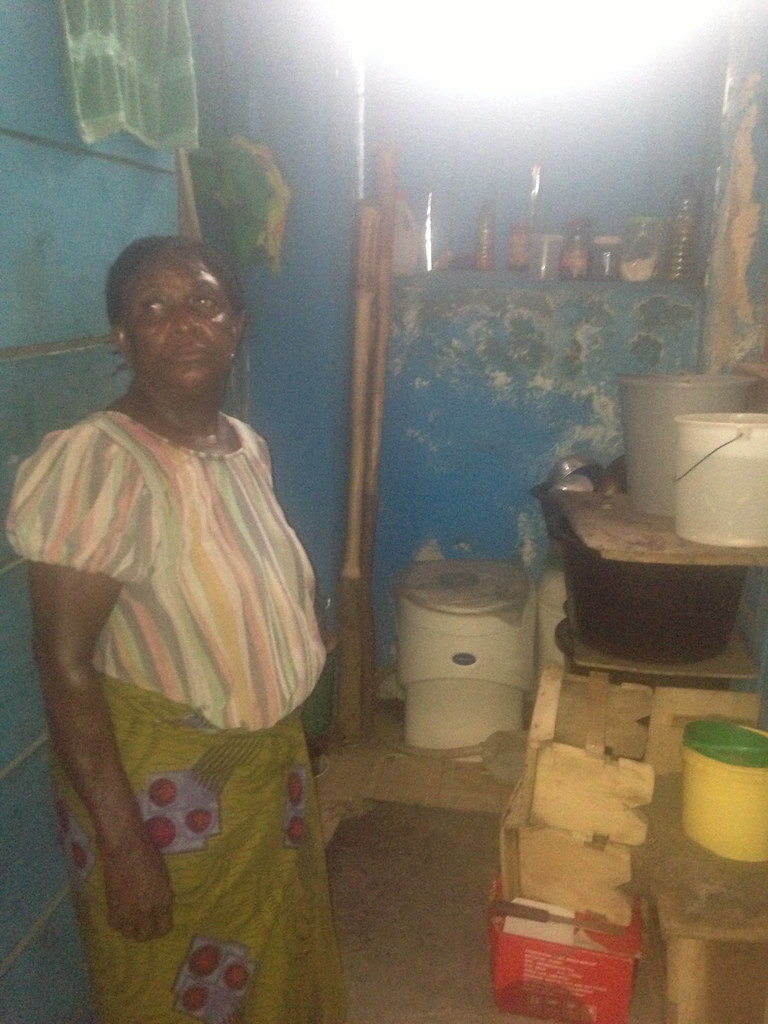 Nano Membrane Toilet team member Prof Rob Dorey was interviewed by the Institute of Engineering and Technology about the project; their interview appears in December’s issue of E&T.

The Australian Water Association Membranes and Desalination Specialist Network newsletter featured an article on the membrane elements of the Nano Membrane Toilet.

Cranfield’s press release was carried by a number of media outlets, including: